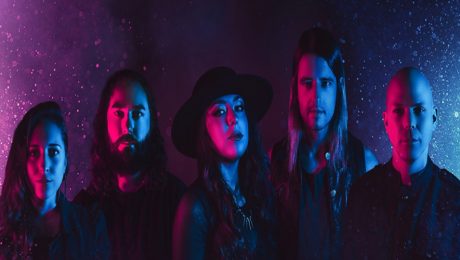 Stone Sour has released a demo version of their 2006 smash hit “Through Glass“. The band’s guitarist Josh Rand had the following to say about the demo: “In 2005, Corey recorded 4 acoustic songs at Shawn‘s place. Through Glass was the only song out of the four that ended up on Come what(ever) May. It went to number 1 on Billboard’s Hot

Stone Sour has released another demo version, this time for “30/30 150“. Josh Rand, also provided some comments on the demo: “Late in 2004 after cutting some tracks at Catamount Studios with Joel & Shawn, I decided to build a room in my house to record in. In the process of trying to learn the Pro Tools software, it led me

Another Stone Sour early demo has hit the internet. This time is’ an early version of “The Wicked” which wound up on the band’s gold-certified 2002 self-titled debut album. Guitarist Josh Rand offered the following comments on the track: “‘The Wicked‘ is one of my favorite songs from the Project X demo. I prefer the demo version over the version

Stone Sour continue to drop early demo songs, this time “Take A Number“. As usual, the band’s guitarist Josh Rand offered the following comments on the track: “When we were trying to figure out what songs to put on the self titled album, ‘Take a Number‘ kept coming up. This is the original recording from

Stone Sour Release Demo Version Of “Inside The Cynic”

More early day demos are being released by Stone Sour. The latest is “Inside The Cynic“. Guitarist Josh Rand commented on the demo: “This is the second song from the four that we recorded in 2000. It would end up on the ‘Freddy vs Jason‘ movie soundtrack, and as a bonus track for the Japanese release

Demo versions of Stone Sour tracks are still seeing the light of day. This time it’s an early demo called “Ending/Beginning“. The song would later be reworked and released as “The Bitter End” on “Audio Secrecy” which released in 2010. The band’s guitarist Josh Rand commented on the track: “The song ‘Ending/Beginning‘ has an interesting 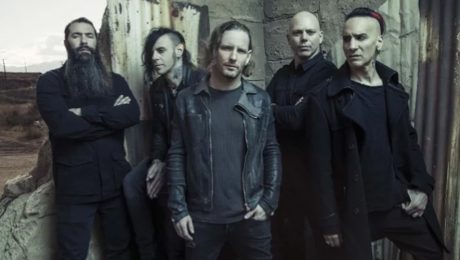 Stone Sour has released another demo version of their earlier work. This release is for the song “Blue Study“. Guitarist Josh Rand had the following comment on it: “‘Blue Study‘ was one of four songs written in 1997 but not recorded until 2000 during a break in the Slipknot schedule. Three of those four songs made it

Stone Sour Release Demo Version Of “Get Inside”

Stone Sour have released the original demo of “Get Inside” which can be heard below The band’s guitarist Josh Rand commented: “January 1, 2000. The first day of the new millennium. It was a homecoming show for Slipknot, and as Corey & myself sat at his grandma Thelma’s house waiting to leave for the show that night, we played each